The Beijing International Peace Culture Foundation is a non-profit public raising foundation approved by the Ministry of Civil Affairs of China in February 2013. With the aim of "Inheriting National Culture, Developing Modern Civilization and Serving the World", it has set up a platform for exchanges and cooperation between governments and people by means of "Peace+1" and established a "four-wheel drive" value chain system and public welfare model of "people's diplomacy - social responsibility - multiculturalism - cross-disciplinary cooperation". 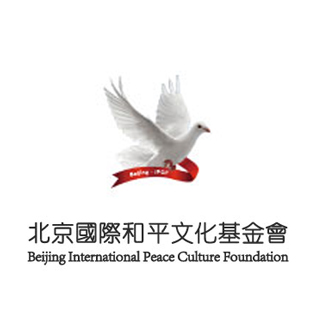 The Beijing International Peace Culture Foundation has established a unique value system with its own thought leadership, credibility, influence and action, and has been supported by 180 governments and international organizations in the international community, providing a global network of cooperation for governments, non-governmental organizations and enterprises through the balance of communication and credit cooperation, love and interests. The Foundation's "China NGO" has been read and collected by more than 100 dignitaries and leaders of international organizations, and has become a textbook for many well-known institutions at home and abroad, and the Global Governance Forum hosted by the Foundation and the Global Governance Index Report of 190 countries have received positive responses from the international community.

The Beijing International Grand Salon - Peace Garden Community, founded by the Beijing International Peace Culture Foundation, has become a tourist attraction for heads of state and government delegations visiting China, an internationalist educational base for internationally renowned institutions, an "Ambassador Village of the Belt & Road" for foreign envoys to China, a venue for multinational enterprises and artists, and the origin of the "Peace Garden Peace Festival" and a Global Youth Photo Contest with UNESCO, and it is known by international community as “Little United Nations”.

In the name of "Ambassador for Peace" and "International Volunteers", the Beijing International Peace Culture Foundation brings together dignitaries, entrepreneurs, scholars, Olympic champions and artists from different countries as volunteers who have made outstanding contributions to cross-civilization cooperation, alleviating regional conflicts, helping war-affected countries to rebuild their homes, supporting developing and vulnerable groups, and developing and green development. The United Nations and different national governments spoke highly of the Foundation's peace and development initiatives, saying that "their long-standing contribution to world peace is priceless".

What can I do for you?

Enjoy an intoxicating and unique experience